Catfishing
Hiding who you really are to hook someone into an online relationship using Facebook, Tumblr, Twitter, MySpace or by cell phone.
Guy 1: “Hey so I met this new girl online! She is so hot!”
Guy 2: “Have you ever seen her in person?”
Guy 1:”No, does that matter?”
Guy 2: “Better make sure she’s not a catfish..”
Guy 1: “You think she’s catfishing?!”
— Urban Dictionary

Ah the perils of the internet.
We have a catfishing problem going on in the sword world. So far this as far as I can tell has not yet escaped Japan, but it will.

This program is a necessary evil. Adobe has me on the ten-dollars-a-month rental for the rest of my life.

Photoshop can be used for great good, or for great evil.

When poorly done the results are obvious.

But for 90% of people who take a fast look they actually won’t notice the poor work.

The danger zone is when you get into people who can use this tool to subtle effect, which erases weak points and highlights strong points. Then you get something like this which will not be noticed by anyone but a pro photographer.

The picture of Beyonce failed because it was heavy handed. The Britney photo just looks like film and clears up the tired look. This picture of Megan Fox though is the most dangerous one because this photographer or retoucher understands that if you want to sell a shot as being real, you leave some flaws in place.

That is, the Beyonce photo turned her into a plastic doll and our brains are pretty good at rejecting this look. If you instead just go after the worst parts and leave smaller flaws in place, what you get is someone who just looks better.

Megan has everything going for her in her face and just by removing the worst flaws in her skin, it allows you to be distracted by her great features while the small flaws remind you that she is human.

And not a plastic doll.

So I am going in an obvious direction here.

I am not going to get into name naming, if you are out there on the internet you can probably pull one candidate to the top of your head, but this is not limited to one dealer. The need to publish in magazines in Japan and that they are competing with each other for sales, means that as soon as one guy breaks out Photoshop to remove flaws from swords in order to sell them online or in print, then everyone else looks bad or too expensive by comparison.

Some websites now have sword after sword, all in flawless condition and nice prices. The problem is, it’s only the images that end up being flawless.

I had a client send me pictures of a Juyo sword he bought recently that was described as flawless and the photos online were indeed of a flawless sword. This sword in the hand had a fukure in the hamon that was more than 1cm long and it was not the only one.

Such a sword, if the rest of the work is good and it is old enough and by a good enough school, it can pass Juyo.

But I tell people, there is a difference between someone who wins a marathon with a record setting time and someone who walks up to the finish line after 12 hours, trips and falls over it, landing on their face dead.

We can say both of them finished the marathon. But there is no comparison to the performance when examined side by side. This is one reason to not simply by a sword because of the level of its papers.

So the trick here is that such a sword in rough condition can be bought relatively inexpensively because people with the kind of money who can afford a great sword tend to be picky about the condition. So if you can get one of these, jazz it up with some photographic trickery to hide the flaws, you can then promote it, screw up your competition who’s swords now look too expensive by comparison.

Even if a customer does not buy, this customer is comparing two items by photo and he is making notes that dealer A is selling something that dealer B appears to have at a much cheaper price. In the future dealer B will be his first stop as a result.

So it is a double whammy when these faked up photos get out there.

Besides this sword that my client got, I myself have been burned by contacts making swords available to me via photo. I don’t know what they are expecting because when the item arrives and it doesn’t match the photos, I’m not going to be a happy guy.

Nor would I expect anyone to be happy.

This is why I don’t engage in the practice of removing flaws.

If you look at the photos on my website, look specifically at the upper level Juyo smiths and Tokubetsu Juyo works, and you can see flaws on these blades. This is natural and normal. Now if you compare against some other things floating around in Japan you will see that those photos have the look of Beyonce’s mechanically improved skin above.

When I take something onto my site I am generally refusing large quantities of pieces and trying to get my hands on only the very best. That is what I want to pass on to my customer. As a result, I don’t have a lot of volume because the kind of sword I want is hard to find to begin with and there is a lot of competition to get it.

There are other photoshop tricks going on to make scanned blades look more like photographed blades. Without writing a 10 page article on how to photograph a sword, one of the key elements is that in real photography you use angled light sources. When you do this the light reflects out of the flaws and lights them up bright white. This makes flaws in my formal style photos stand out more severely than they do in real life.

I don’t mind it, it’s how it is and the photos are honest. I have the handheld photosets to show how it looks in the hand and at least I know that nobody will be surprised since they can see every flaw standing out clearly.

To photograph a sword is a lot of work. Every sword is different, you have to mess with the lights and the photo rig. That is if you want the best results it’s a lot of work. There are a few ways of cutting corners and some dealers do this to make a real photo but it tends to lack some details in the hamon. This is 100% legitimate though, the things it is lacking in are the special features of the sword.

Photos are good. They are honest. They are a lot of work which means they are expensive and if your game is beating everyone’s price, it’s hard to do them.

So what happens a lot of the time now is that people get a large format flat bed scanner and just scan the blade. After you can use photoshop to draw in a fake mune. If you take the time to look closely at the geometry of swords online you will see quickly who draws the fake mune in photoshop because left and right panels don’t match or the angle of the mune in the area of the kissaki is ridiculously steep.

The mune is not a key area of the sword for sales so I guess this is not so bad.

But scanners have a bonus feature which is that the light is cast from the area of the camera. That is, the light is coming straight in from the front. This means there is no shadow and highlight created the way angled lights do when going over a rough surface.

It’s the angle of the sun here that causes the shadow and highlight and makes these craters look deeper than they are.

If you shine the sun directly into the crater, you can make it almost vanish. 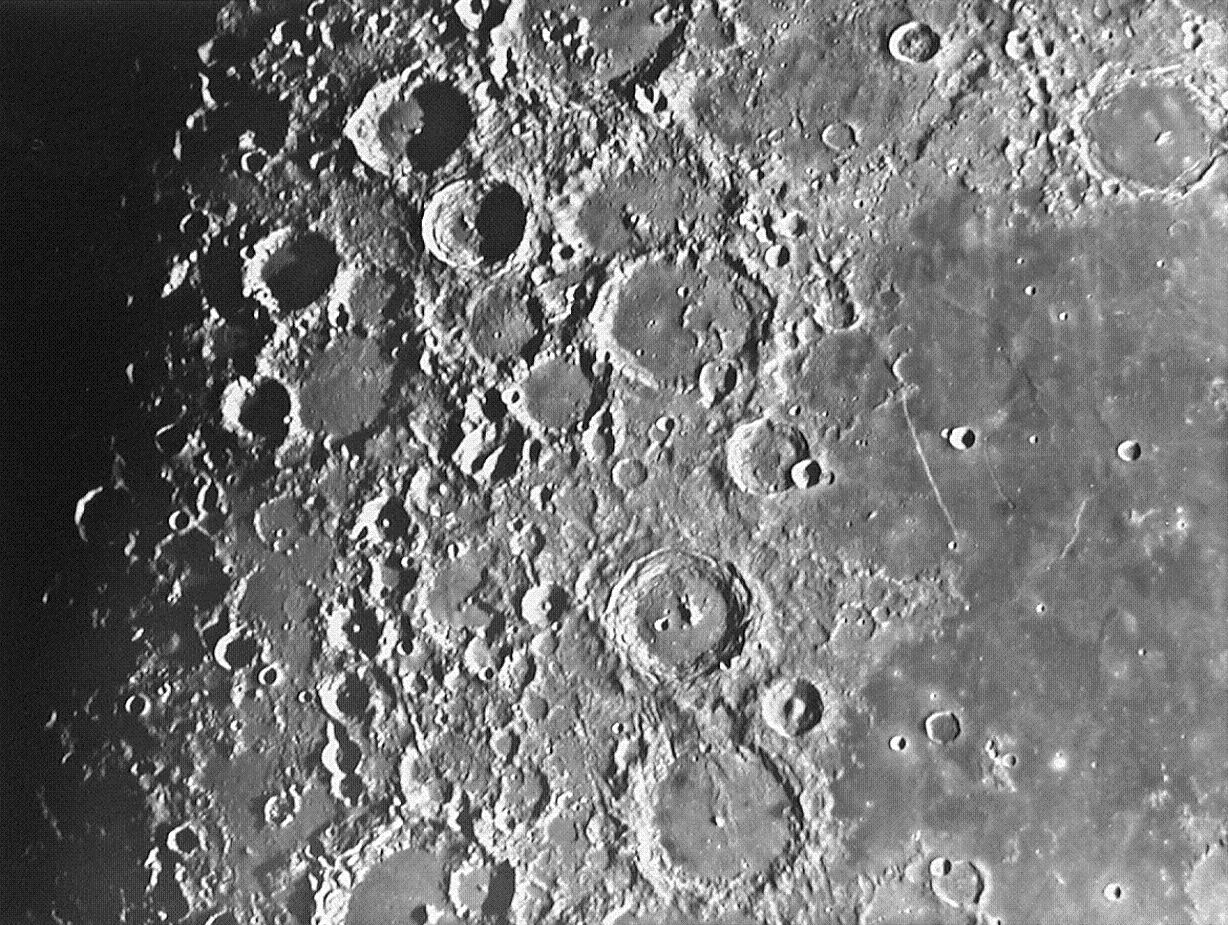 This photo is nice as it shows the difference, all these craters are about the same depth but those on the left where the sunlight is more angled have the illusion begin to look deeper than they are. Those that are just a rim of highlight and a pool of shadow look the deepest.

Photographers when they shoot people use a softbox for this reason. The diffuse light of a softbox lights the face from all angles, thus preventing flaws in the skin (including pores and acne scars) from appearing to be bad. There is no bright highlight and no shadow since the light is coming from all angles on a big surface.

So naturally the scanner, which is a one shot, easily repeated thing, cheap and simple to operate with no skill and a shallow learning curve, also goes a long way toward disguising flaws.

Be on the lookout for swords looking too perfect especially if there is a no-returns policy associated with this. You can get some really nasty surprises otherwise. Every dealer should be prepared to accept a return within 3-7 days of your purchase. If their swords are good then they will not be too worried about forcing someone to buy what they have.

Some dealers use auctions or consignments as a way of handwaving off obligations toward a customer including the return. On my consigned pieces I give returns and so does every other reliable dealer I know. That is no reason to give a no-returns policy on a one shot buy via photos.

So, be warned, be diligent. Not everything is as it seems.

The more people that are photoshopping blades, the more pressure is applied on those remaining with honest photographs to have to keep up with them.

I don’t see this changing any time soon because so far customers are rewarding this behavior with commerce. It is in fact encouraging more of it.

I won’t ever stoop to that level. It doesn’t bother me if I don’t make a sale for a year, life will go on, and I am not going to fake up a photograph in order to take someone’s money dishonestly.